A Tale Of Irish History Through Celtic Jewelry

The History of Ireland is a collection of handcrafted Celtic jewelry that portrays different chapters  from Ireland’s rich heritage. 12 symbols elegantly etched onto each piece tell the story of Ireland’s most iconic eras in history. Featuring a stunning collection of rings, necklaces, bracelets, cufflinks, wallets and more, this Irish designer jewelry allows you to display your Irish heritage in a contemporary fashion.

Perfect for gifting for yourself or your Irish loved ones, each piece is accompanied by a History of Ireland booklet. This beautiful book details each symbol that is etched onto your piece of jewelry. Below is our guide to the 12 symbols of the History of Ireland 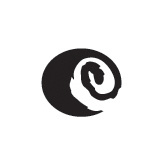 The Circle of Life symbol is inspired by the Celtic swirls carved in stone by our ancestors some 5000 years ago. Still to be seen in Irish Historical landmarks like Newgrange, the Celtic swirl is a sacred symbol. With no beginning and no end the swirl symbolizes the journey and change of life. Ireland has developed a culture that is rich in heritage, beliefs and tradition. Our diverse earliest settlers have passed down from generation to generation a sense of life, faith and hope against whatever we have faced and wherever we find our place.

The Circle of Life represents the unwinding path that we are to this day travelling upon, a never ending journey into the unknown future. 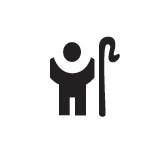 St Patrick is Ireland’s Patron Saint. Legend has it that in the 5th Century, Saint Patrick helped transform Ireland from a land of pagan illiteracy into one known as a haven of learning and culture. He is believed to have taught Christianity with a Shamrock, using the three heart shaped leaves to illustrate, the Father, the Son and the Holy Spirit.

St Patrick is celebrated on the 17th of March worldwide by the Irish diaspora. On this day it is custom to wear Shamrocks in his honor and as a celebration of Irish culture. 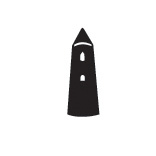 These magnificent stone structures proudly stand as enduring images of the Christian faith in Ireland. Standing between 17 to 40 metres high the towers usually have a single door raised 2 to 3 metres above the ground and narrow slits high up in the tower form the windows. The Round Towers are believed to have provided refuge from invaders for the religious communities and their precious relics between the 9th and 12th centuries.

The tallest of these Round Towers is situated on the monastic site of Kilmacduagh here in Galway. A site to be seen on your next trip to Galway, Kilmacduagh’s round tower is in excellent condition. Built over 1000 years ago the tower stands 34.5 metres high. The door is 8 metres above the ground meaning a rope or a ladder would be the only access! 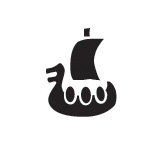 The Vikings are a race known for their plundering sprees across the high seas. In 795 AD the Viking Longships began to raid monasteries along the coast and later raided inland. Over the following decades the attacks intensified in number and ferocity until the invaders found permanent settlements in Ireland. Traders and skilled blacksmiths and metalworkers the Vikings changed the landscape and society of Gaelic Ireland. 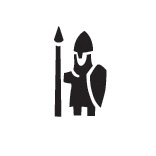 The History of Invasion continues with Norman Invasion. In the 12th Century there were many warring clans in Ireland with each clan having their own King. These Kings would fight against each other in order to become the The High King, the most powerful King in Ireland. It was this fighting that led to the Normans invasion of Ireland.

The exiled King of Leinster, Diarmuid MacMurrough invited Normans into Ireland to help him regain his Kingdom. The Norman French army landed in Ireland and were soon victorious but Henry II fearing this rival Norman state may threaten the English throne, led his troops into Ireland in 1171 and forced the Irish Kings to submit to his authority. 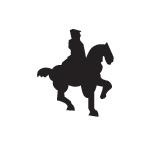 The Battle of the Boyne was fought in 1690 between the Catholic King James II and his nephew the Protestant King William of the Dutch House of Orange. This was the last time two crowned kings of England, Scotland and Ireland battled against each other.  There were three issues at stake at the battle.

Central in the struggle between the Irish Protestant and Catholic communities William of Orange’s crushing victory protected the dominance of Protestant interests in Ireland for centuries to come. 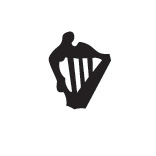 A century later the great religious divide was still dominating the country. The catholic community sought more rights feeling that religious division was being used for gain by the ruling elite. The ultimate goal for the United Irishmen was to separate religion from politics. Originally formed in Belfast, the movement was banned in 1793 by authorities as it grew in popularity but became defunct by 1803 primarily due to three months of sustained and bloody violence following the rising of 1798. 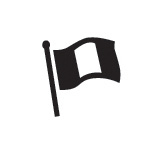 Often referred to as the Irish Tricolour, Ireland’s National Flag is the distinctive green, white and orange. History suggests that the green represents Ireland’s older Gaelic tradition and community. Whilst the orange represents the Protestant supporters of William of Orange and his victory in the Battle of the Boyne. The hope of peace between these two cultures is symbolized by the central band of white. It was first flown publicly in on March 7th 1848 by a Thomas Francis Meagher, but it was not until the 1916 Easter Rising that the tricolour came to be regarded as the National flag of Ireland when it was raised above the GPO in Dublin.

The Irish Flag is an emblem of inclusion and union of all Ireland’s people regardless of their religious or political beliefs. 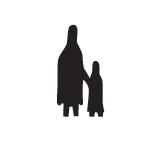 Between the years of 1845 – 1852 Ireland saw mass starvation and disease on a scale never witnessed before. The Great Irish Famine is the second deadliest disaster in Great Britain and Ireland by death toll. It is estimated that one million people died and over a million more emigrated. Often referred to as the Irish Potato Famine, such widespread hunger was the result of the total dependence of one third of the population on the potato for food.

The Famine was a watershed in the History of Ireland. It was at this stage that the great ‘Irish Emigration’ began, especially in America. The Famine Ships offered hope for a better future and many left Irish shores, facing the unknown. Those attempting to escape the horror of famine were herded on to crowded disease ridden ships and left with little access to even the most basic food and water supplies. Sadly for many on board the dream of a new life turned to a horrible nightmare. Hundreds died on the overcrowded and poorly provisioned ships. For this reason they are notoriously called coffin ships, with up to 1 in 5 or more dying before reaching their destination. 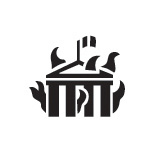 The Easter Rising of 1916 was organised by the Irish Republican Brotherhood, with the aim to end British rule in Ireland and to form an Irish Republic. Among the key buildings seized in Dublin on the morning of the 24th April was the General Post Office (GPO) which was chosen as the headquarters of the military operation. It was at this location on O’Connell Street in Dublin, that the Proclamation of the Republic was declared by senior members of the Military Council. After days of relentless shelling by the British forces, the Republican Military Council was finally forced from their headquarters when the GPO caught fire. The GPO building has become synonymous as a symbol of the rising.

Today the GPO remains a place of business, as well as a place of public service, remembrance, protest and pageantry. 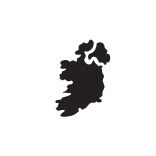 The subsequent declaration of independence from British rule led the break out of the War of Independence between rival republican groups. The treaty which ended  this conflict established Southern Ireland and Northern Ireland as independent self-governing states.

At this time, Northern Ireland was populated and governed predominantly by protestants loyal to the crown and the parliament there opted to remain as part of the United Kingdom. The turmoil that has followed is well documented. While the geographical split still exists today, relations between North and South are now peaceful. 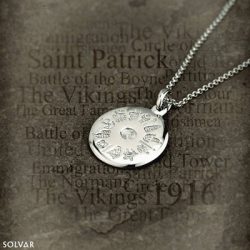 The History of Ireland Collection is handcrafted in Ireland. Contemporary in design it is made from sterling silver or 14K gold. Each piece is Hallmarked by the Assay Office in Dublin Castle. This guarantees the gold or silver content of each piece and is your mark of quality.

Presented in an luxury white gift box along with a beautiful book containing a story on each Irish symbol.

Now that you have educated yourself on this fabulous Collection of Irish Jewelry it is time to discover the full collection of History of Ireland. With worldwide shipping you too can be the proud wearer of a little piece of Irish History. 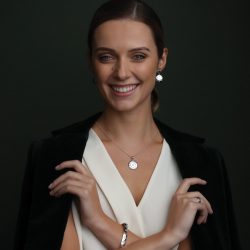